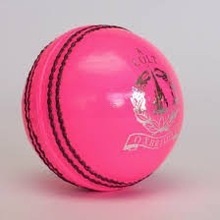 Studying the cricket field on July 24th at Kampong, the setting was something that could have come out of a 1920’s magazine for good living. Time cricket was being displayed on a greenish wicket in weather that would have not been out of place in India. The gentle breeze made the scorching sun and high temperature bearable and 22 keen players were donned in white to play the 14th fixture between Kampong and Economists.

Whereas you could say that where times change, the pure game that is time cricket will always endure, but the more observant spectator would have spotted differences with the 1920’s picture if he would technicolor that picture. Firstly, the sightscreens were black due to many white/pink ball games being played, secondly, the balls used were also pink as it was way too hot to change the screens and the last but most important difference was that the ladies present were not sitting on the boundary but were taking part in the match as players and having very much an impact with bat and ball. two making a 50 partnership to get the score to a defendable level, 6 wickets between them (which should have been 8) and two catches.

Captain Andy took a long look at the turf wicket and duly put Kampong into bat, thereby upsetting captain Wolfy who, with a plethora of cunning plans that would give Baldrick a run for his money, had not considered that eventuality. Panic set in and Kampong found themselves 3 wickets down for almost nothing, the big guns almost all falling to deliver and Carl and Zoë putting the ball into the right areas. Only Tammo not only survived but thrived, eventually falling for 42. Tammo could have fallen cheaply as well but Jamie botched the catch at point off Zoë’s bowling, bringing much speculation about on ways he should repent.

Gijs and Ross made some good double figures before falling victim to impatience, the wily David and guest player Walter claiming these big hitters. Chan multiplied Mr extra of Kampong into double figures before finding his radar and claiming two quick wickets, which brought Tayla and Ingrid together. These ladies  showed the way, making a 50 partnership (including a world cup final-like 6 runs by Ingrid) to lift the score to 169, Tayla also finishing on 42*. Tea was taken and around 35 overs for the economists to make 170.

Economists started well and Chan batted as if he had a plane to catch, scoring fast and heavily, particularly  off the bowling of Gertjan. An irked Wolfy put himself on and bowled an almost even better ball than the ball Chan claimed him with and sparking a mini collapse as he also claimed Sam, and Ben showed us all that running three the ball after running a four in this weather on a third tour day is not viable. With Tayla claiming a wicket at the other end (a very slo-mo slip dive by Gertjan) suddenly four wickets were down. Rob and Jamie started repairing the damage and got Economists to a very gettable 62 off 13 overs for the win. Gijs intervened, claiming the wicket of Jamie, doing him the favour of not having to bat with Zoë as on a day like he was having he might have made another mistake at her expense. After this wicket fell survival for the draw suddenly was the plan for Economists, again a lady took centre stage with Ingrid claiming two wickets and Wolfy bringing himself back to account for David. Nine down and 5 over to go Rob prepared himself for a blockathon but Willem claimed his wicket to leave Andy stranded on 0* without facing and 112 all out.

A very interesting game of cricket, where Kampong looked like folding in the beginning, getting back, then Economists running away in the second innings, getting stuck in the middle, getting themselves back until the last collapse. Only time cricket can sometimes bring these swings in fortune around, we should have more of these games.

It was only fitting that, moving with the times, we had a player of the match on both sides and both were ladies. Tayla pipped Ingrid on the Kampong side, Zoë should have had five wickets (normally reserved for David at Kampong) but with three she stood out and claimed the prize.